What is Film Advertising?

…the advert is then sent to different cinema houses to be shown to the audience before the regular shows or during the intermission.

At the point the theatre went dark and the curtain opened, you were greeted not by the main attraction, but a series of commercials…

…those commercials are known as film advertisements.

Film advertisements often come when the target audience are focused and willing to consider new ideas. Or listen to someone else’s opinions.

So if you’ve ever wondered why advertisers often leverage this strategy, here’s one.

2. It aids other advertising media.

When compared to other advertising medias like exhibitions and transit ads to mention a few… Film advertising are often very short. Usually 30 seconds – 1 minute max.

Because of how quick the ads should be or nature are…

…advertisers often use it as a back up; more like a support mechanism to other advertising medias/medium or types/strategies (such as billboards, social media ads, google ads etc) they are also using to create awareness for their films.

Film ads is a good supplement to other advertising media for business owners, marketers or advertisers in general.

In essence, another advantages of film advertising is that it gives advertisers good value or return in relation to the money, time, or effort invested in it.

What this simply means is this:

Advertisements or other promotional campaigns which occurs during, before or after movies tends to last long in the memory of those watching — who are also known as the target audience.

This is no surprise…

Because majority of people in theatres are often focused on the large screen. And in most cases, all other things except the movie they are about to see is secondary.

I have been there… And if you’ve also been there, i am sure you can relate.

Film adverts has a long lasting impact on the target audience.

5. It encourages the use of local language.

Another key advantage of film advertising is that by using local language, film publicity becomes agreeable.

6. It cut across language barriers

In essence, the pictures displayed during film advertisement makes it easy for audience to digest the message the advertiser is trying to convey…

Most importantly, those who paid attention but don’t understand the language used in the advert can still grab the message thanks to the pictorial presentation.

Another advantage of film advertising is…  the   pictorial   presentation  it    entails  makes  it  cuts across   language   barriers.

Reasons For Advertising: 12 Mandatory Reasons You Need To

This is best described with an example.

So there’s Marquee Cinemas, Charleston, in  West Virginia right?   And there’s also AMC Classic, Morgantown W.V United states and a bunch of others…

Now, if you live, work or hangout  close to Marquees in Charleston…

…you’re more likely to patronize the cinema because it’s in your locality instead of AMC classic in Morgantown.

The same applies to your buddies and generally other occupants in that locality.

The kicker here is:

Because the advertisements shown or aired at Marquees cinemas in Charleston will most likely differ from that shown at AMC classic in Morgantown,

… an advertiser’s promotional campaign will only be visible to occupants of that locality who patronized the cinema close to them.

In essence, because you and let’s say your famz visited Marquees cinemas in Charleston…

…there’s no chance in hell an advertiser will be able to reach you with the film ads he sent to only AMC classic cinemas in Morgantown in the whole of West Virginia… and vice versa.

Bottom line? One disadvantage of film advertising is this:

Its coverage is limited which benefits the local population only.

In a few words, It is a very costly medium of advertising…

…because it involves both high distribution and film making costs.

3. It has very short life

This simply means that film ads relatively have a short life span.

They don’t run for very long period of time unlike billboards ads or television ads.

4. Could be annoying or boring

The point here is:

Film ads could be treated as nuisance by the film audience. Firstly, this could be as a result of mood swings…

Do you remember film ads aids other advertising media? The second on my list of advantages i discussed earlier… Good!

Therefore, another reason it could labelled as boring or annoying is:

A rare situation whereby the film audience has already seen the advertisement a few times earlier on other advertising medias such as television, billboards, social media etc.

Note: It’s impossible for the general audience to label the ads NUISANCE.

In most cases, It’s only a few percentage whom the campaign has reached (but are now part of the general film audience) that can perceive the ads that way.

In a nutshell, this simply means that film advert doesn’t run for a long period of time when compared to other outdoor advertising media like retail or guerilla advertising.

Other disadvantages of film advertising include:

9 Effective Functions/Roles Of Advertising (With Examples)

Films Or Filmstrips As An Advertising Media

Over the years, film production companies have successfully developed a market for promotional films

Here, the films (specially made for an advertiser) are produced to show the production processes of the product in question.

Most importantly, the films are made to be shown at meetings for dealers, distributors, customers and even students who may need it for project research purpose when necessary.

So, that’s about it on film advertising from my end.

What’s your take on film advertising?

Would you recommend it to a struggling business owners as a way of creating awareness for their product?

If you answered Yes or No…

Your corrections, suggestions and are very much welcome too. 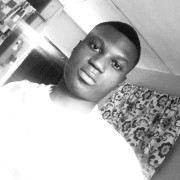 The 7 Process Of Personal Selling In Marketing With Examples

The 7 Process Of Personal Selling In Marketing With Examples