Arsenal boss Mikel Arteta should give Jack Wilshere a career lifeline and re-sign the star, giving him an unlikely return to action at the Emirates Stadium.

Wilshere has been without a club since July after he was released from Bournemouth, and the midfielder saw a potential move to Italy fall through during the latter stages of the summer transfer window.

The Englishman was offered the chance to train with his former club by ex-teammate Arteta, and Wilshere has been maintaining his fitness with the Gunners ever since.

Wilshere has impressed stars at the club since becoming a regular feature in training, and Arteta should offer the midfielder a contract, as it could also benefit other stars. 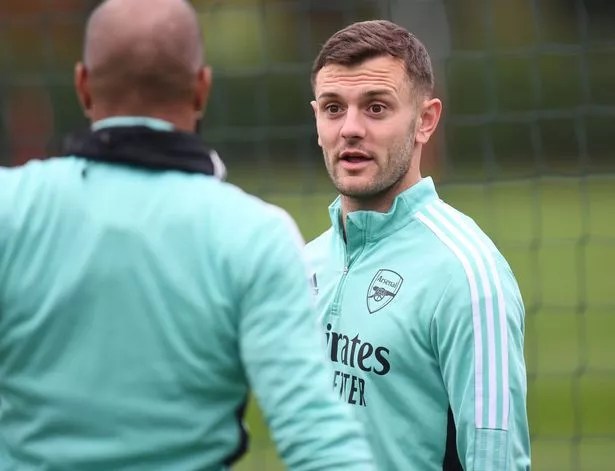 The 29-year-old came joined Arsenal’s academy at the age of nine, and became their youngest ever debutant in 2008 as a 16-year-old.

Wilshere spent ten years in Arsenal’s first team and was tipped as the next best thing in midfield for the Gunners and England, but countless injuries disrupted his progression and almost ended his career.

The midfielder left the club in 2018 to join West Ham but it was a similar tale, and after joining Bournemouth in 2021, he became a free agent, and has been unattached since.

Wilshere has always been a passionate player, and the midfielder is just training and playing for the love of the game as he seeks a new challenge, but has even impressed as Arsenal youngster Bradley Ibrahim has pinpointed Wilshere as the standout player in their training sessions at London Colney.

Arsenal are preparing to lose Mohamed Elneny, who’s contract expires at the end of the summer, and Granit Xhaka’s future is also up in the air, but they could sign Wilshere on a short-term deal to provide a budget option as cover if required.

Wilshere loves the club, and clearly still boasts the quality that he demonstrated when breaking into the first-team way back in 2008, and could do Arsenal a service if needed, despite being available for next-to-nothing as he is a free agent.

The midfielder’s impact is clearly helping in training, but Wilshere could also help other academy successes such as Emile Smith Rowe and Bukayo Saka in the dressing room during crucial games.

The deal could benefit both club and player, and Wilshere could even draw interest from other sides if Arsenal allow him to showcase his ability on the field.

Even if a short-team deal doesn’t make much of a difference, it’s worth the gamble as Wilshere will likely agree a deal that involves a minimal salary, which would be a drop in the ocean of the £200,000-a-week Edu and Arteta offered Willian at the start of last season.

Wilshere guarantees them passion, with a desire and genuine love for the club, something that could inspire other members of Arteta’s squad as they look to challenge for the top four this season.

I was more Tactical than Tuchel, yet i was sacked – Ole Gunnar fires at Manchester united for sacking him

I was more Tactical than Tuchel, yet i was sacked – Ole Gunnar fires at Manchester united for sacking him